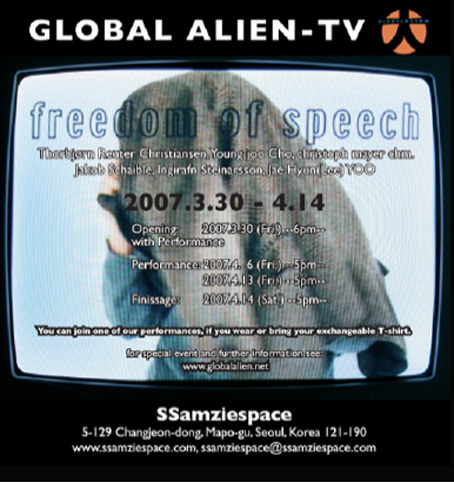 The Exhibition space was covered with green felt and there was a film on the side showing different people floating on diverse kinds of backgrounds - a blue screen that makes it possible to film a person in a studio and then place a different background in back of this person. This is typical for television broadcasting.

The exhibition space was as a TV-Studio and events were continuously being produced and transmitted from here, thus eliciting distinct reminiscences of the group's work with Korean media channels, including programs produced especially for broadcast.

Furthermore, GLOBALALIEN was using this 'studio' to produce and to re-work the raw material that they would subsequently be projecting in the public space with the aid of nothing less than a wandering human projector.

This video was produced in the GLOBALALIEN TV-Studio during the time of the exhibition. It combines two different meanings of a mask: First to block foreign substance from outside and second the functional meaning of masks to protect the person who are wearing them. These symbol images we combine with talks about the border area between South and North Korea. 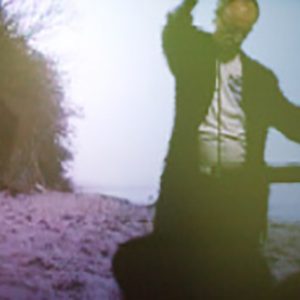 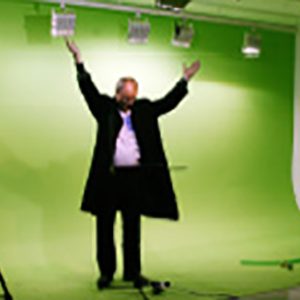 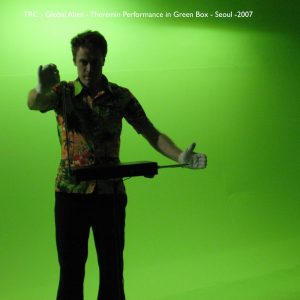 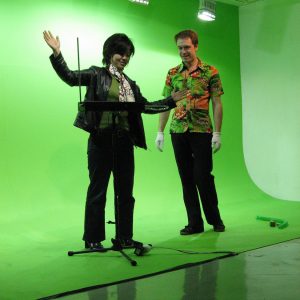 The instrument called theremin makes sounds with changing of frequency by people' s movement. The global aliens put the attendances into the exhibition space using the characteristic of the musical instrument in their TV studio. Mixing the visual image of the stage with their home destination in a blue-box. So the person who plays the theremin is displaced into the home destination of the GLOBALALIEN members coming from different places of the world. 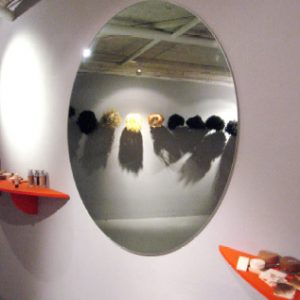 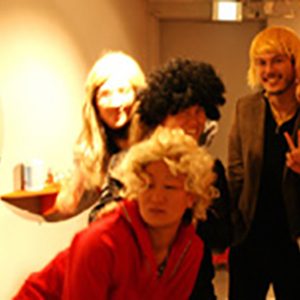 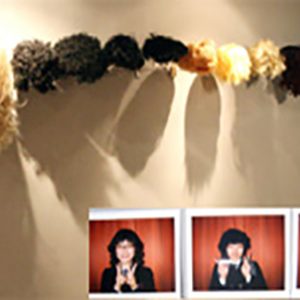 In the gallery a makeup room and fitting room was decorated like in TV-Studios.

The attendees could exchange their t-shirts and try to disguise themselves to look like they are from other races by putting on make-up and wearing wigs. 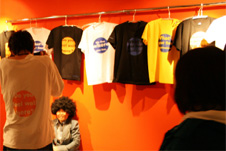 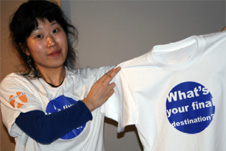 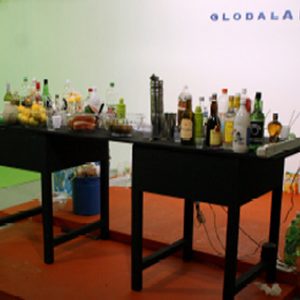 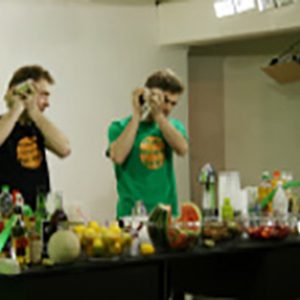 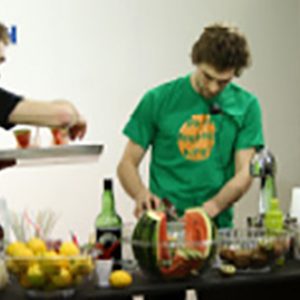 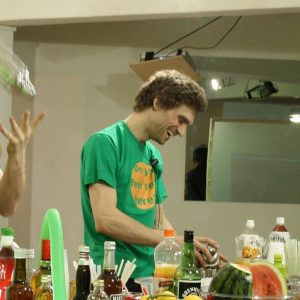 There were served cocktails made by mixing liquor comes from different countries. While the visitors were enjoying it, the place became a conversation space between different kinds of people from various places of the world. 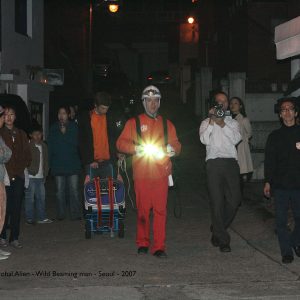 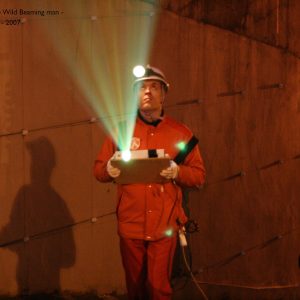 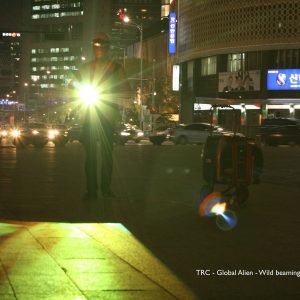 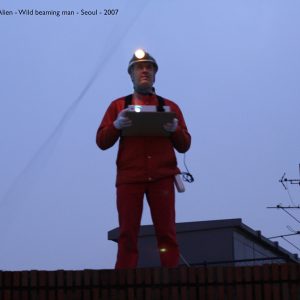 Performance outside on the street:
A body-moving image with a video camera, video projector and a generator.